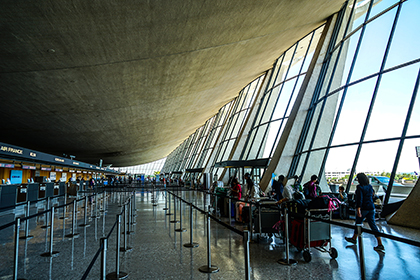 In an airlines business, GSA (General Sales Agent: Sales Representative) and PSA (Passenger Sales Agent: Designated Sales Representative) are agencies that handle the sales, reservations, and ticketing of airline tickets within designated countries and regions on behalf of the Airlines. The airline considers the cost and business customs of the country, and if it is considered more advantageous to assign GSA (PSA) for sales and advertising rather than setting up its own sales office, it is often outsource its work of airlines to GSA.
Especially in regions and countries where the airline is not operating, in many cases, airlines delegate their operations to GSA (PSA). And countries where the cost of setting its office is expensive, it is advantageous to assign the GSA.

Lao Airlines (QV) : To the healing country, Lao Airlines will take you. Lao Airlines takes you to Vientiane, Luang Prabang, Pakse and other Lao domestic destinations from other parts of Asia, such as Thailand and Vietnam,
https://www.lao-airlines.jp/

A Reliable full-service airline with an extensive network for both tourism and business routes in Myanmar.
http://www.maiair.jp/

Acceptance of the reservation started from 21 October, 2019. Established in 1958 as Nepal’s National Flag Carrier. Based in Kathmandu, Nepal, and started operation to Kansai (Osaka) from 29 August 29019 for the first time in 12 years.
Currently, non-stop service is available between Kansai and Kathmandu for 2 flights (Tue/Sat). Operating by the state-of-the-art aircraft of A330-200 (with 18 seats on business and 256 seats on economy). Planning to inaugurate to Narita Airport in 2020. Now operating to 25 cities in Nepal domestically.

A newly established airline and started operation from mid-July 2018 to Siem Reap, Sihanoukville on domestically and Taipei, Taichung, Macao on International destinations. Operating with A320 aircraft. In 2019, four A320 will be purchased and plan to operate to ASEAN countries including Japan.